November 23, 2017
With Apple finally discontinuing the Nano and Shuffle in 2017, three years after killing the iPod Classic, many people felt that the MP3/DAP (Digital Audio Player) era was finally coming to an end.

The short answer – it’s not true.

Unlike the compact Digital Camera which has died a natural death, bowing to the equivalent (or increasingly, better) cellphone camera, Digital Audio Players have survived the onslaught of smartphones.

They are no longer as cool as the Walkman and Discman were amongst an earlier generation of youngsters, but they are staples amongst a small but passionate community of audiophiles. Even Apple has chosen to retain the iPod Touch in its product lineup, with options of 32GB or 128 GB capacity.

Quite a few friends have pinged me after the demise of Apple’s mid-priced and budget priced DAP offerings, asking for alternatives. Here is a list of products that you can look at, across price points. Do note, that the devices listed here are Nano/Shuffle substitutes. There are more expensive Android based players out there, which can replace your iPod Touch in terms of functionality and user experience. However, I want to point out that all of these players would match, if not surpass the Touch, in Sound Quality.

Most, but not all of these, are sold officially in India, meaning that warranty and service back up are available. Some of the more expensive ones, are touchscreen devices. All of them offer a few significant advantage over Apple’s offerings;


The Bad:
An interesting nugget, which deserves to be the subject of a separate post, is that the Chinese are emerging as brand leaders in high quality audio, demonstrating that the country is capable of high quality manufacture and not just cheap, cheerful phones that break down at the drop of a hat. This is not surprising considering that China has strong manufacturing chops – it is the country that manufactures the iPhone. But its good to see Chinese brands also gain market accolades for their superior quality.

FiiO is no stranger to audiophiles. The China-based company has deservedly won accolades for its more expensive X3 and X5 players. Earlier, FiiO used to manufactuer portable headphone amps – a niche offering, but one that gave them a lot of buzz amongst people who value high end audio.
At around Rs.3600, the M3 is a budget player and you get what you pay for – a non touch screen, no wi-fi or Bluetooth connectivity, sound that’s better than a Nano but not up there with the real high end players.
On the flip side – look at the price! For what the Shuffle was priced at, you get a screen (gasp), expandable memory (double gasp) and you can play most music file formats. You can also charge it with a standard smartphone cable.
Of less importance to me, but proof of value for money – the player has a premium metal body, and FiiO throws in earbuds and a charging cable despite the low price.

You have to hand it to FiiO, for providing choice at the lower end of the MP3 player price spectrum. Available for around Rs.8000 on several sites in India, the FiiO X1-II is a substantial upgrade on the earlier version of the same device. Notably, it features soft-touch buttons and a tactile scroll wheel that actually works intuitively and well. On an earlier iteration of FiiO X5, I had such a bad experience with the scroll wheel, that I gave up the device, so it’s good to know that the company has worked on this feature.
The X1 has an expandable memory, Bluetooth connectivity and a mature sound quality that has been praised by people who know what they are talking about. 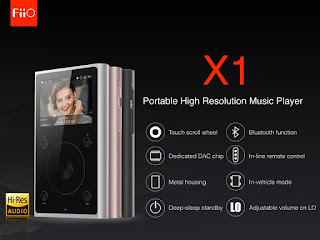 3)      The Cayin N3
Cayin is one of China’s oldest and largest high end audio manufacturers – their portfolio includes sophisticated products like vacuum tube amplifiers. It is understandable that you may not have heard of them till now, because only recently has the company made a foray into mass consumer audio, with a lineup of DAPs. The N3 is their latest and most affordably priced option.

You pay Rs.12,000 for the N3 and at this price point, you still do not get either a touch screen, nor Android OS. That’s reserved for more premium priced players! But you do get capacitive buttons with haptic feedback below the screen, just like your smartphone. And you get Bluetooth ‘aptX’ which is considered to be one of the better standards for wireless audio transmission. In plain English that means, you can use Bluetooth earphones or connect wirelessly to your car and the sound quality will be better than your phone.

The Cayin N3 has a rather strange design aesthetic combining colored metal with a leather back, but overall it is a solidly well built player. It’s also one of the few DAPs featuring the new USB C-type cable for faster charging and file transfers.

The USP of the device, which has lured many audiophiles, is that it can output a high quality signal to any receiver, meaning that it can be hooked as a source to most high end equipment. To do this, you have  to purchase the cable separately and it is pretty expensive.

The N3 sounds exceptionally good for a player in its price point and paired with a decent pair of headphones, you should experience audio bliss. 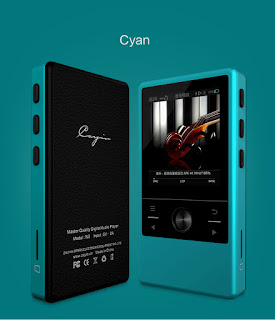 4)      The Sony AW 35
I confess that I am relieved that Sony is on this list, which would not be complete without including the inventor of the Walkman and the father of the modern MP3 player. The early generation Sony mobiles included ‘Walkman’ phones which excelled in their music capabilities.

At Rs.15,000, the AW-35 offers a stable and bug-free firmware, a solid audio performance and good battery life – in short, the complete reliability of a Sony product. In fact, out of this entire list, it’s the closest to an iPod in useasbility while still delivering enhanced audio quality. The player features a touchscreen, Bluetooth and NFC capability for pairing, so you won’t feel like you are going back to the pre-smartphone era and struggling with buttons!

The bummers are – a proprietary charging cable and a sluggish User Interface. As you must have realized by now, the UI is the Achilles heel of DAPs in the non-Apple world. Yet, Sony will offer a better user experience than many of the other players on this list. 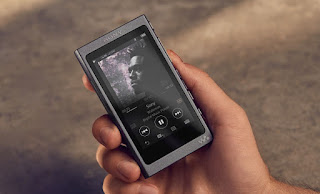 It’s not available in India, so you will have to buy it off Amazon or Aliexpress. At $150, the M1 is actually a cheaper player than the Cayin N3 and Sony A35, but once you add up the duty and shipping charges, it will end up more expensive than both. I estimate that it would cost around Rs.18,000.

Like Cayin, Shanling is an old, reputed OEM manufacturer of high end audio which has recently decided to launch its own consumer brand of portable audio. The M1 is comparable to the FiiO X1 but is a better sounding device.

It lacks a touch screen, but does offer Bluetooth connectivity and expandable memory of upto 256 GB. While the UX is good, the hardware implementation is a little buggy – it can skip what you are searching for (this is the exact reason that I sold my FiiO X3 as well). Let me confess, no one could implement the scroll wheel as well as Apple did. But you will be perfectly OK navigating this device with the buttons as well.

The reason to buy is of course the audio quality which has been praised for its clarity and precision. If you have been used to a phone or a cheap MP3 player to listen to music, you will surely experience the difference. 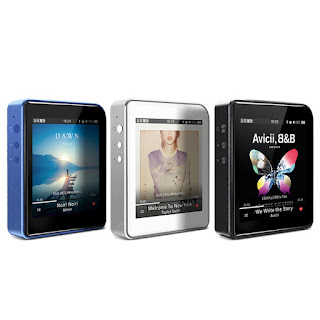