June 16, 2016
Hike, India’s homegrown answer to the ubiquitous Whatsapp Messenger, launched Hike Direct in end 2015. Touted by CEO Kavin Mittal as an ‘incredibly powerful’ breakthrough technology, Hike Direct allows two users of the app who are within a 100 metre radius to chat and share pictures, stickers and files at high speed without using their data connection. Hike Direct uses Wi-Di technology that bypasses the slower Bluetooth connections, allowing data transfer speeds of upto 40 Mbps. Effectively, you can share a 100 MB file with a friend in 10 seconds, and neither of you will use a paisa of your data plan.

However, Hike is not the first mover in the offline game. That crown goes to ShareIt, which has consistently ranked amongst the Top 5 apps in the India Google Play Store since the past few years. ShareIt allows users to transfer files, movies, music and even apps to each other without a data connection, phone to phone. And like Hike, it’s completely free to use.

Both of these apps are examples of what I like to call the Offline Internet, which is a real phenomenon to reckon with in the Indian market. The Offline Internet is a network of mobiles that are a repository of content – games, movies, music, pictures – which gets shared between users at minimal data cost. The Offline Internet represents the way that the Next Billion mobile users are discovering, sharing and consuming content, bypassing restrictive data plans.

It’s not hard to understand why the offline internet exists. Put yourself in the shoes of the young, enterprising consumer who has just purchased his/her first smartphone. What is the first thing you need when you buy a new phone? Apps, music, games, movies – all the stuff that makes your device a personal entertainment system. How do you get it? Do you spend further on expensive data recharges to download everything or stream it off the net? Do you make the journey to a shady ‘download store’ to fill up your SD Card? Do you fiddle with a PC and cables? Or do you just ask your cool friend who has everything on his phone already, to share it with you – and in the bargain, help set up your phone with the latest apps that you need to have? Obviously, that’s the easiest and fastest way to get up and running.

The reluctance to use up data, so alien to the affluent always-connected Indian, is real and palpable, even amongst the allegedly internet-addicted Indian youth. The student will switch off data during classes and switch it on when travelling back home. Call centre employees switch off their data at work (where mobile phones are often forbidden). Many people paradoxically switch off data during travel, or at times in the day when they simply do not want to surf. Even Whatsapp and Facebook can wait till it’s the right time to check them again.

India ranks amongst the countries with lowest cost of mobile usage in the world: 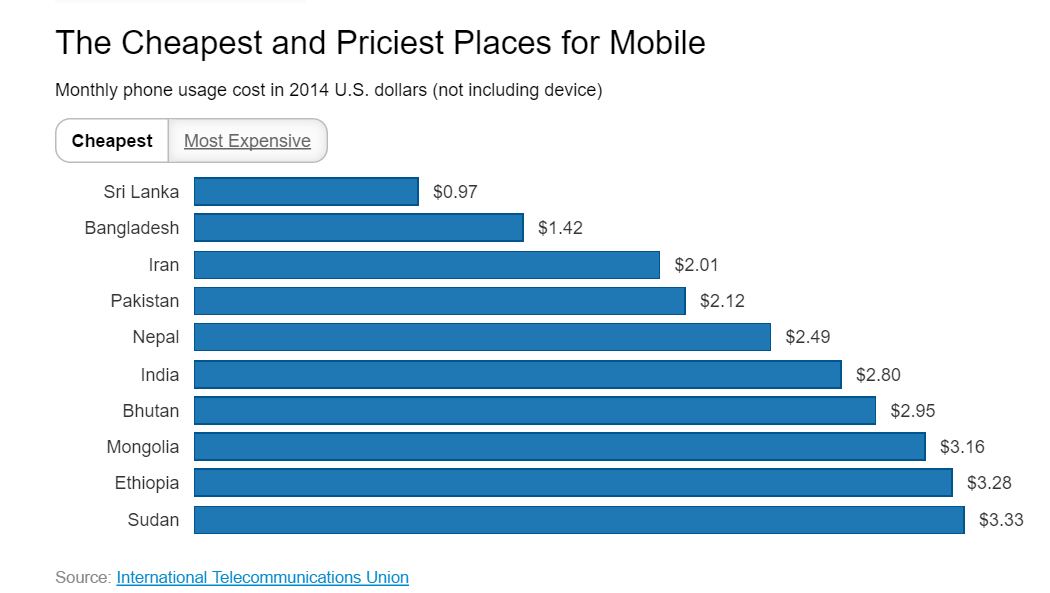 However, it’s a different story when we look at the cost of data vs income. The Broadband Commission for Digital Development, sought that by 2015, broadband services should be available in all nations at 5% of Monthly Average Income, or lower, in order to be affordable.

However, India, like many other nations with a large number of poor people, faces challenges in achieving this target. 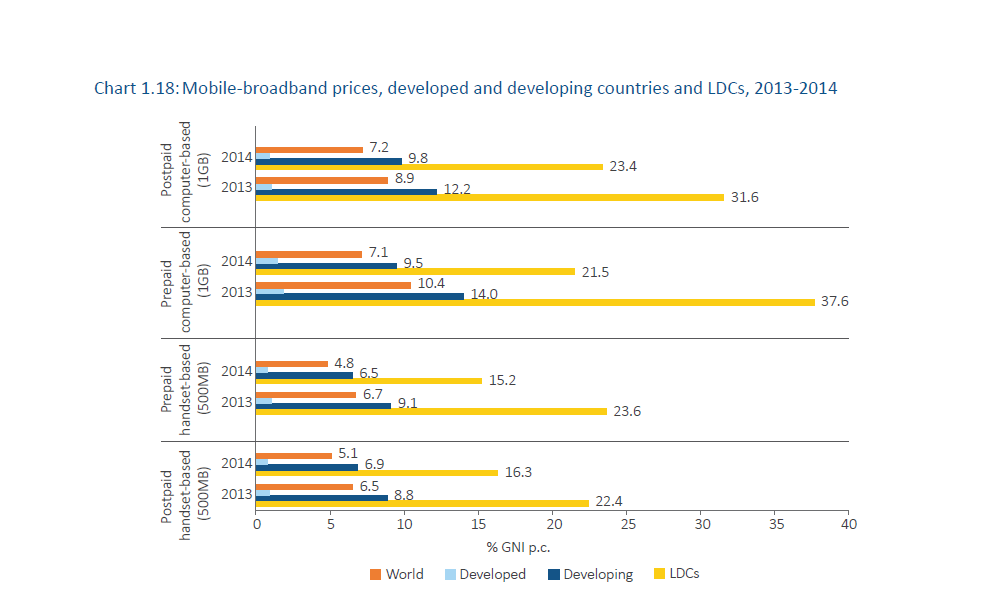 In a post entitled The Data Trap, the JANA blog points out that at India’s hourly minimum wage of 20 cents/Rs.13,  it would take 17 hours of labor to pay for 500 MB of data. Hopefully, mobile data prices are continuously falling (and minimum wages are rising). Still, these two sources point to the extent of challenge in getting people online – and keeping them online for sustained period of time. Either affordability has to improve, or people have to see a benefit of being online. 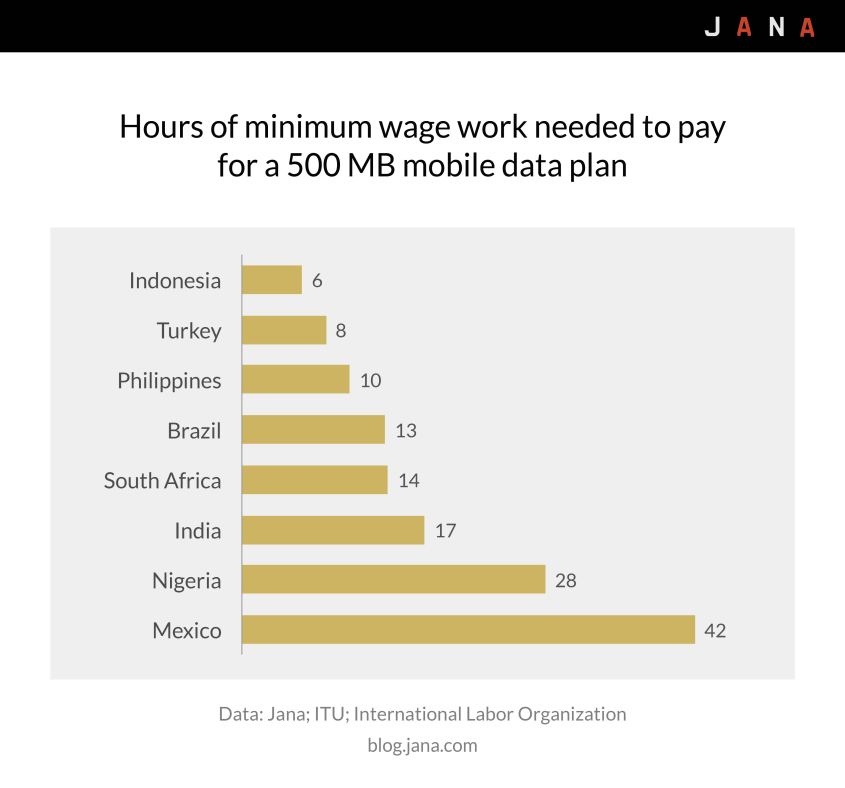 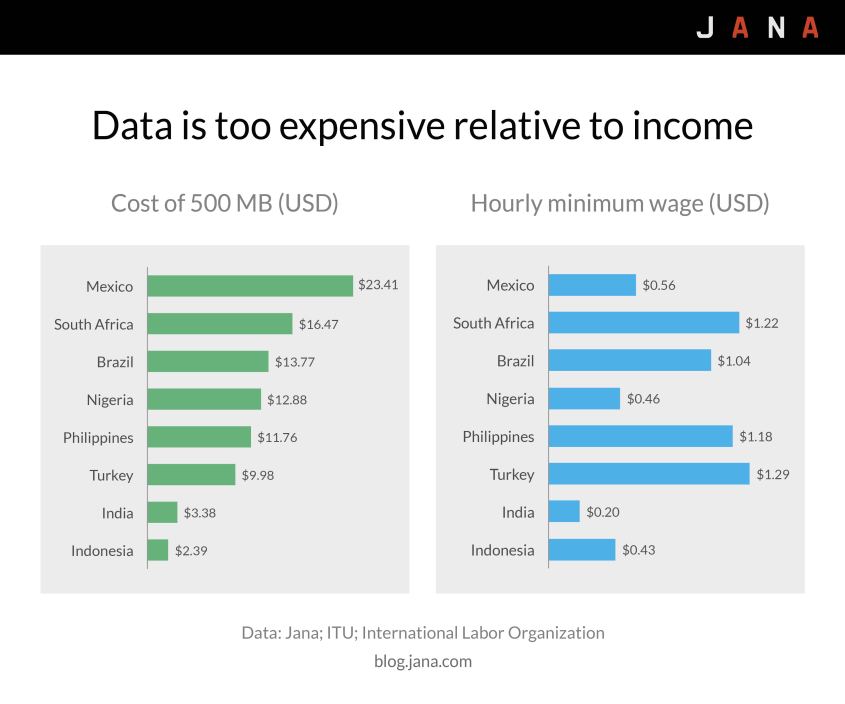 What are the implications of the offline internet for marketers and app developers?


No matter what you choose to do, the offline internet is a phenomenon that we cannot ignore, especially as internet penetrates into the lower pop strata.
emerging markets mobile internet smartphones