Showing posts from November, 2012
Show all

November 26, 2012
For the past couple of days this  viral Facebook privacy hoax  was circulating on my FB network. It is not a virus and did not cause any harm, but it led me to wonder why people get so wound up about their privacy in social media.More than two years ago, I  said  that social networking and privacy are by very definition contradictory terms. Media and privacy are by definition contradictory terms. If you gave an interview in mass media (TV, radio or newspaper) you would be very careful about what you say. You certainly would not dream of demanding that the news channel or TV channel expunge all copies of the interview and return all recorded matter to you because it's your property. It helps to think of social media the same way.  What you say in the public domain, will stay in the public domain. No matter how many privacy controls you are given, you must assume that anyone would be able to see your information, now, later on, in perpetuity. Armed with this knowledge, it's up
4 comments
Read more

November 17, 2012
A few days ago, I did some digging into the Indian feature phone market and came up with some interesting nuggets based on an analysis of brand websites: 1. Between four top brands (Nokia, Samsung, Micromax and Karbonn) there are no less than      200 models of feature  phones in the market. If I as a market watcher find that confusing, think      how overwhelmed the first time phone buyer will be. 2. Nokia and Micromax have the maximum models and ranges in feature phones. Micromax      has 70+ while Nokia has around 50. To understand the Nokia (Symbian range) you can refer     to my  Handy Guide to buying a Nokia phone . The categorisation I observed last year still      seems to hold for Nokia. Though some new ranges have since been introduced, notably      Asha. 3. Samsung is currently market leader in India, expected to close 2012 with 60% share, yet the      company has a relatively small set of feature phones (just 30 compared to other players).      Clearly, some
3 comments
Read more

November 17, 2012
When my partner and I went about setting up our digital consultancy  Bright Angles , one of our big discussions was around our digital strategy. We are not a digital execution firm and neither of us can code, but we wanted a good, simple, professional looking website and blog. And being a start up, we did not have a huge budget for this. I wrote a few months ago about  taking your business online for $10 , which is easy to do thanks to Google Apps for business. Initially our website was hosted on blogger, but we soon hit a lot of limitations in terms of modifications we could make. It was time to move to a 'real' site and the next step was to look for a website editor and host. I identified three options that make the task of site design quick, easy and not too expensive -   Wix ,  Weebly  and  Jimdo . All three website builders offer entirely free tools to create your website and also give you an option to publish your website free on their domain (eg. brightangles.wix.co
Post a Comment
Read more 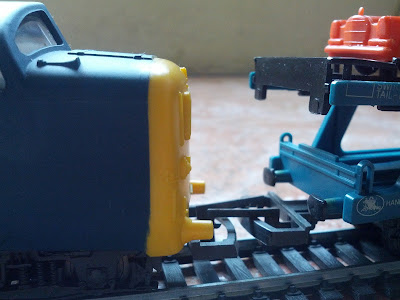 I have come to visit my parents for the Diwali holidays and I was amazed and touched to see that they have still preserved many of my childhood toys (my childhood is way behind me, we are talking of toys that are 30 years old or more). Dad said hopefully that hey have antique value and we might make a fortune selling them on ebay. I don't know about that, but I know that it was priceless for me to see the Scrabble, Monopoly and Meccano sets that I grew up playing. Pat on my back as well - I clearly looked after my toys well because they are all in perfect condition. What I was most excited to see was the model train set that Dad got me as a kid. Railway modelling was a HUGE hobby in the 70s - while the popularity has dwindled with the younger generation today, it still has some very serious and passionate fans, and dedicated online forums. I have one model set - a  Lima  British Rail model set which Dad thinks we paid 20 GBP for, way back in 1978. I was delighted to find
1 comment
Read more
More posts