August 24, 2011
(This post has been edited to include a new ultraportable entrant, the Dell Inspiron 13z)

Sometime ago, I was struggling to find a decent ultraportable at a reasonable budget, and now it seems that there are three available in the market. The heartening news is that they carry the latest specs, and have been launched pretty much in line with international launch dates. Maybe Sony and Dell will inspire Asus and Toshiba to follow suit and launch their top of the line ultraportables in India too! 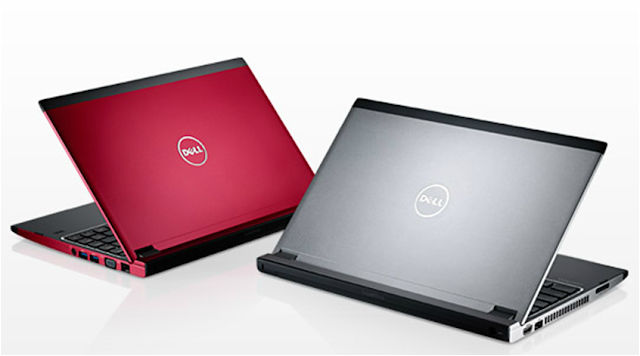 The Dell V131 is a successor to the one year old V130, a slick ultraportable which suffered from poor battery life, underpowered ULV processor and finally a non-replaceable battery which drove the last nail into its coffin as far as I was concerned.

This time round, Dell has refreshed the V131 with a large 6 cell removeable battery promising upto 9 hours of battery life, and given options of a second generation (Sandy Bridge) Intel Core i3 or Core i5 processor. Overall, it has good reviews for battery life, keyboard and touchpad. But it does poorly in graphics performance and has a subpar screen resolution which puts it at a disadvantage compared to the Sony Vaio S series. Also the extra large battery protrudes to create a bump at the base of the laptop which you may find unappealing from an aesthetic point of view.

The Dell Vostro V131 is part of Dell's Vostro range and can only be ordered directly from Dell or an authorised Dell reseller. According to Indian sites, prices start from Rs.30,000 onwards, but I doubt if an ultraportable, even from Dell, would be so cheap. I would peg this at Rs.40,000 plus. I have placed a query with Dell and I will update this post with the exact price when I hear from them.

Announced in May 2011, the Vaio  S Series is a praiseworthy attempt from Sony to offer high end performance at an affordable price in an ultraportable form factor.  At approximately 1.7 kg, the Vaio S series will pack in a second generation i3 or i5 processor and trumps Dell V131 by offering an optical drive, dedicated graphics card and superior display.

There are a number of models listed under the Vaio S Range on the Sony India website. The entry level offers 3 models under Rs.60,000 - 2 of these have Core i5 processors.

I have edited this post to include the newly launched Inspiron 13z, an exciting product as it is the lowest price (yet well spec-ed) portable in India till date (under Rs.40,000). Weighing approximately 1.76 Kg, the Inspiron offers 2 or 4 GB of RAM, a second generation Core i3 processor, 320 GB Hard Drive and a 13.3 inch screen. No customisation is possible. Apparently this model has been launched for Asian markets only.

At that price, it should certainly pick up volumes.  However, I would like to take a look at the keyboard, the build quality and the trackpad. I have found the Inspiron range to under-deliver on these aspects in the past compared to the great quality of the Vostro or XPS range.

I like the Vostro range a lot for its reliability and level of customer support which is ideally suited for a home office/ small business user. And I don't have very pleasant memories of Sony laptops based on the performance of two units in my last workplace. In one, we had to replace the keyboard and in the other, the battery and optical drive were dead within a year. Of course, it does not mean I will not check out the new Sony laptop!

And apart from these two candidates, I am also interested in the future 'ultrabook' announced by Intel at this year's Computex. Coming as a response to the tech pundit's predictions that we are in a Post PC tablet era,  Intel has trademarked the name ultrabook to describe an  ultraportable SSD based notebook, similar to the new MacBook Air range which has replaced the traditional MacBook lineup this year. And now AnandTech reports that Intel has also put its money where its mouth is by creating a $300 million fund for innovation in hardware, software and design of the ultrabook. According to AnandTech, Asus will be launching the first series of ultrabooks as early as September this year.

As my current laptop (XPS M1330) has turned 3 this year, I am definitely in the market for a replacement. Until these laptops showed up, nothing I saw in my budget was exciting me. Now it looks like I have some viable options to explore. I will post back on my impressions after buying one!