August 26, 2011
Nokia has been off my radar for sometime now, but they have gotten my attention again with a slew of launches. While most of us are pre-occupied with the world of Android and iOS, the Finnish phone maker has quietly been adding budget handsets and mid-range smartphones to their vast range, offering great functionality and solid build quality as always. The dropped prices make the purchases a little sweeter.

So I spent some time poking around Nokia's new launches and here's the deal - the current Nokia range is bafflingly complex to figure out. Full of nomenclature like C5-03, X1-01 and stuff like that - you get the idea. There is a mix of touchscreen, 'touch and type' and QWERTY/physical keyboard across price points. So this is an attempt to present my own categorisation, based on my understanding of the prices and features on offer. It would be handy to read this if you are considering buying a Nokia phone right now.

This post will only deal with Symbian phones, which still constitute the bulk of Nokia's range.


Different handsets run different versions of Symbian, Nokia's ubiquitous operating system. The lowest models in the range (100 and 101) run the basic S30. Some of the budget phones run S40, while most run S60. The latest top-end  phones from Nokia run the highest version, Symbian 3, which debuted on the Nokia N8.

What is the difference for you? Lower versions of Symbian (S30, S40 and S60) will offer less advanced features than Symbian 3, which tries to match Android and iOS. However, S60/S40 will be adequate for standard push mail, Facebook and internet usage. Both S60/S40 and Symbian 3 have an app ecosystem too.

With S30 phones, you get the older and more basic versions of Symbian which power basic call and messaging features.

Nokia has made Symbian 3 a fully upgradeable OS, like Android and iOS. In fact the company has already started rolling out the first update for S^3, called Symbian Anna. A subsequent update called Symbian Belle, should be deployed by Q4 2011.

Nokia's CEO has announced that the company will support the Symbian platform till 2016. So it's really quite safe to buy a Symbian phone given the short lifespan of mobiles today.

Nokia follows an alphabetic nomenclature, with 4 series - C, E, X, and N. Within each series, there are model numbers from 1 to 9 eg. C2, C3, C5. The numbers signify both functionality and price, with 1 being the lowest, and 9 being the highest.

Broadly the alphabets define the functionality of the Series. E series consists of phones for enterprise/ business and they typically tend to have QWERTY pads though some may also offer touch functionality.

N series refers to top of the line flagship Nokia phones with mobile computing and advanced multimedia capability. But there  is a bit of a confusion - the older Nokia 900 and the yet to be launched Nokia N9 both feature the MeeGo platform and not Symbian 3. Since Nokia is discontinuing MeeGo, later N series releases will all feature Symbian 3.

The C Series is widely viewed as one of the most solid line-ups of Nokia handsets, encompassing budget to mid-range offerings. The C Series emphasises easy communication options through push mail and enterprise mail connectivity. It mostly runs S60, but C6-01 and C7 both run Symbian 3 and are currently receiving the upgrade to Symbian Anna.

The X Series features phones optimised for download and playback of music, and takes off on the earlier Xpress Music series. X series spans the gamut of budget, features and iterations of Symbian, from S40 at the lower end to Symbian Anna on the X7. It also includes handsets with only physical keyboard, with 'touch and type' screen and pure touch.

Here is another spin - a purely numeric series has also been launched. At the bottom end, it consists of the recently announced budget handsets - 100 and 101 running S30. It includes the Nokia 500, the first  S^3 phone to feature a 1 GHz processor. Also count in the recently announced Nokia 600, 700 and 701 which will run Symbian Belle. Go figure.

Now let's move on to my classification of the entire range. I have provided a recommendation in each section

Targetted at the low income consumer in developing markets and aiming to compete with white box and local manufacturers, these are spartan phones with basic call and messaging, sans 3G connectivity. You can identify them by the number 1 or 2 appended to the series (eg. X1-01).

Recommendation  : The C2 series stands out in this category, offering a decent browsing experience and a new version of Nokia maps. With C2-03 and C2-06, you will also get Nokia's unique touch and type interface. Nokia C3 has the distinction of being the first QWERTY phone running S40 and also features wi-fi support.

This is actually a sub category of bargain basement phones, but warrants its own section, because Nokia has finally jumped into the dual SIM game. The recently announced Nokia 100 and 101 will possibly be sub Rs.1000 phones. Currently the X1-01 is the entry level phone in this category. 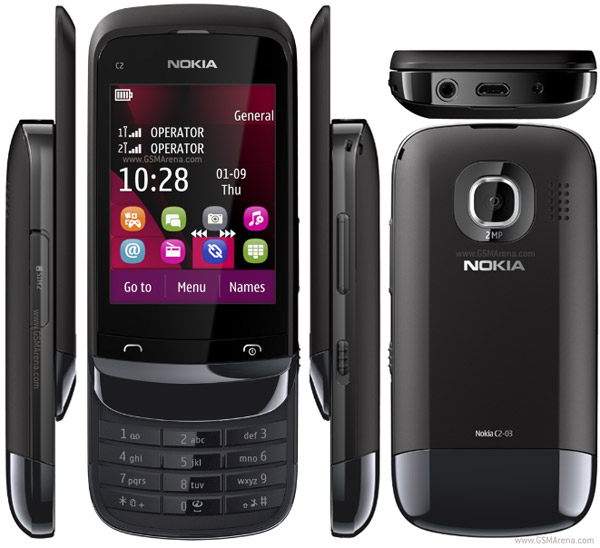 
Touch and type is Nokia's novel addition to budget phones, offering a resistive touchscreen paired with a numeric (not QWERTY) keypad.

Recommendation : The X3-02 is currently Nokia's touch and type flagship. It's slim, well designed, good looking and the resistive touchscreen still offers a decent experience, while the numeric kepypad is large and easy to type on. It's also 3G enabled and has GPS.It also offers USB On the Go support, meaning you can connect it directly to a flash drive using the data cable. 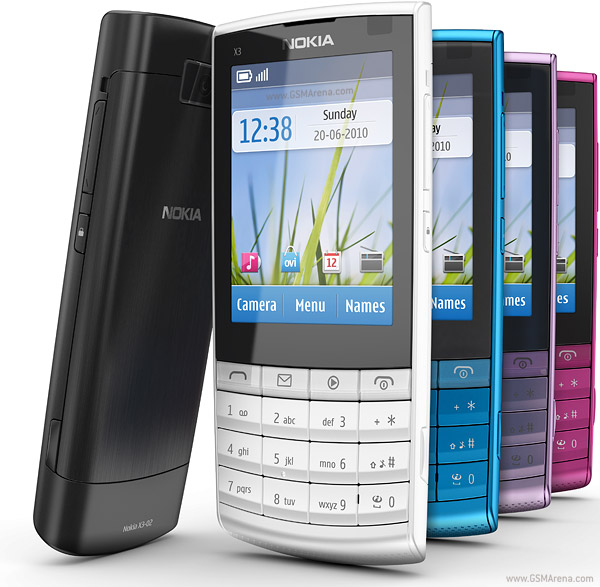 
Nokia offers an attractive budget range with a mix of QWERTY and resistive touchscreen phones that suit a range of needs. If you are not hooked onto Android, these are the best handsets you could pick up on a modest budget. For me, the key selling point of these phones is that since they run the mobile-optimised Symbian software, even with lower hardware specs, they are fast and they have a great battery life.

Recommendations : The C5-03 is a bargain under Rs.10,000. It comes with a touchscreen, and the fastest processor for an S60 device (600 MHz) which makes it very zippy. 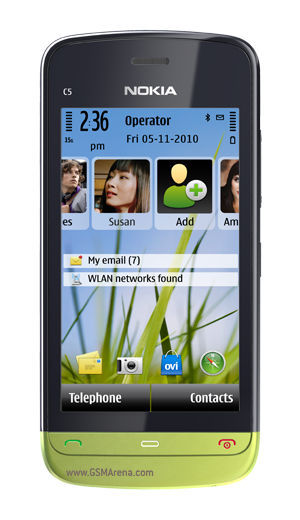 
Increase your budget by a couple of thousand rupees and you will get the newest Nokia 500, which would be my top pick for the feature set on offer at the price. You get a capacitive touchscreen, a 1 gig processor (the first on a Nokia phone) and it runs Symbian 3. 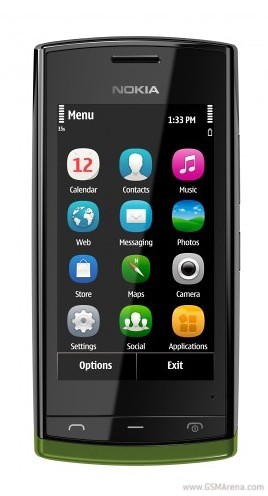 
The Nokia 700 and 701 phones are just announced so I do not have price information, but the feature sets suggest that they may be upwards of Rs.15k. If they cost less than that, great!

I want to point out that there is a gap in the Android segment for phones priced in this range (15-20k). I usually buy in this price range and I assume that some of you might want to as well, so these phones seem decent options.

The display gets a bump to nHD AMOLED which is Nokia's top display, and the phones will be launched with Symbian Belle on board. There is also a 1 gig processor.

The Nokia 701 is touted to have the brightest smartphone screen till date, using LCD with Clear Black Technology. Obviously, it will feature a fast processor and bigger RAM for faster speeds.

The E6, clearly a successor of the E72, is a great QWERTY business phone for the price tag it carries, running Symbian Anna and combining a capacitive touchscreen with a QWERTY keypad.

Recommendation : While you could wait for the 700 or 701 to be launched, the C7 (Rs.16,000 approx.) is a phone which stands out as a more affordable version of the flagship N8, minus the phenomenal camera. It has a 3.2 inch screen, a 680 MHz processor and 256 MB of RAM and with the latest Symbian Anna update, it is also equipped with NFC (Near Field Communication) 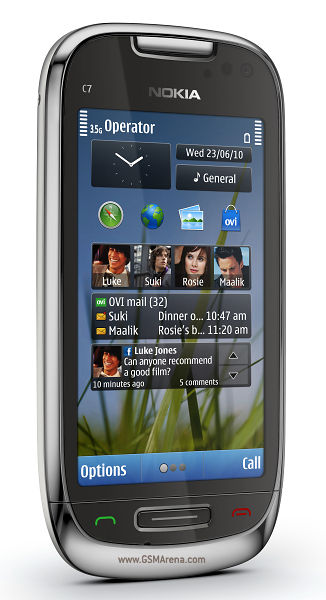 
These phones have superlative design and build quality and match up to many features of Android, but they equally compete head-on with some of the best-selling and most-desired Android handsets from Samsung and HTC. If you want to operate in this budget and are a Nokia fan (I am), I would suggest you wait for Nokia's Windows Phone range to start rolling out.