August 25, 2011
As the buzz about Android grows bigger, more and more people are keen to sample it. The good news is that Android handsets are getting cheaper and more accessible thanks to initiatives by HTC and Samsung. And there's more good news - you are getting more bang for your buck with the latest flavor of OS available on at least a few phones.

There are some disclaimers for budget Android phones. Today top-end smartphones today are becoming like powerful mini-computers with dual core (and soon, Quad Core) processors, huge RAM and large displays. You can think of budget smartphones as being like netbooks in comparison. They will be underpowered, the interface will be slow and gaming may be a less enjoyable experience. The display will not be the best. To the best of my knowledge, these phones will also not play Flash video due to lower processor speed and performance. You could get a workaround for YouTube videos, but you might have to forego other sites with flash content.

If you are prepared for this, then there are lots of decent budget options in the market.

I am featuring phones priced between Rs.10,000 and Rs. 15,000 here. I already did a round up of some sub Rs.10,000 handsets. Of course, there are many more now. But in that price range, you would get more mileage from some of Nokia's excellent feature phones or even the BlackBerry Curve sans 3G.

Sony's new sweet little Android package offers the best spec set that you can get in the budget range, at a modest tag of only Rs.13,000 on FlipKart. It features a 1 gig processor, 512 MB RAM and an LED capacitive touchscreen - solid smartphone specs. The only catch here is the 3 inch screen. If you love the small, compact dimensions of the phone, you will embrace the screen. But in an era when the screen size is  normally 4 inches or more, you may struggle with this, especially with the keyboard. I don't think it might be a problem if you have small hands (Women, take note - and the Xperia Mini is very much a feminine phone in its styling and aesthetic)

This is the only phone which stands out among the budget set, because of its features. But as I mentioned, the small screen can be a deal maker or breaker. Check it out and try to type some SMS on it. 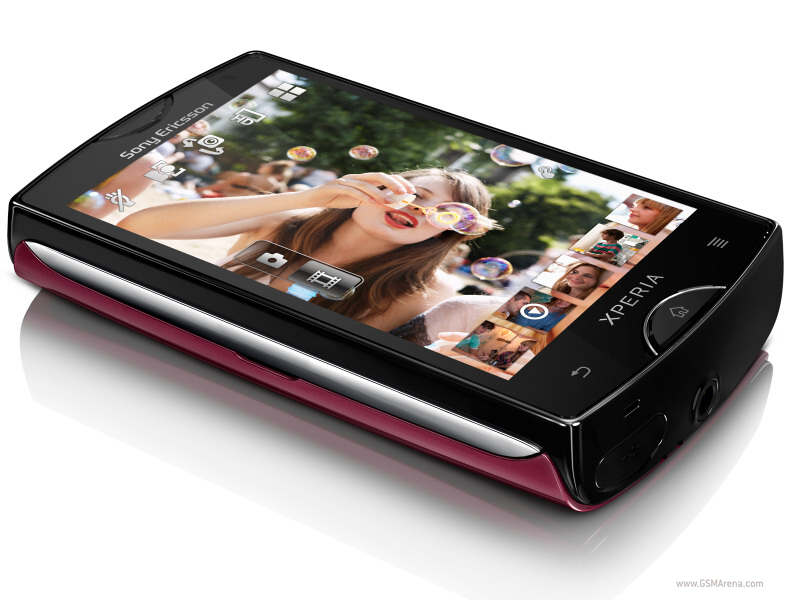 Samsung has released a confusing array of phones under the Galaxy branding, (they have recently made a complicated attempt to rationalise it) but the one which stands out by far among their budget offerings is the Galaxy Ace. At Rs. 13,900 on Flipkart, it's a good entry level Android handset. As an added bonus, reviewers have noted a passing resemblance to the iPhone 4 in appearance (I'm not sure how long Samsung may continue to create such resemblances though, given the bitter lawsuit with Apple).

The Galaxy Ace has a 3.5 inch capacative touchscreen, a 5MP camera with flash and expandable memory. The processor is only 800 MHz and can get slow and choppy and the display is only low-res TFT, but what more can you expect at this price? I would rate it a little better than the Widfire S featured below as it at least runs a faster processor.

The Galaxy Ace officially runs FroYo but Samsung selectively rolled a Gingerbread update for it last month. No news yet when it will reach India, but you can update it unofficially through Android forums.

The successor to the wildly popular HTC Wildfire, it runs Gingerbread out of the box and features a better display and 5MP camera with flash. The 600 MHz processor is slower than Samsung and the 3.2 inch screen is smaller, but the popular feature-rich HTC Sense UI compensates for this. There is no front facing camera, so no video calls are possible.

You pay a little more than the Wildfire S (approximately Rs.14,500 on Flipkart) but you get much more.  Notably an 800 MHz processor which improves the browsing experience hugely over the previous two phones, tight Facebook integration and a large 1520 mph battery which gives it a solid battery life. Like its sibling HTC ChaCha, it also features a dedicated Facebook key for social networking buffs.

I would pay the difference and buy this over the Samsung Galaxy Ace.

This is a phone for a different demographic, the rapidly receding QWERTY keyboard using population (Blackberry users?). Tech Radar puts it nicely in their review - 'body of a BlackBerry, mind of an Android."

For me QWERTY Android phones are a contradiction in terms - Android, like iOS, is designed as a touch interface and over time, touch keyboards have improved vastly. I started out as a hardcore fan of a physical QWERTY but over time, I have settled in with a touch-based input.

This is a cute looking phone with a funny 'bump' or curvature in its shape, which may or may not appeal to you aesthetically.

The ChaCha provides a great QWERTY keyboard, but seriously under-delivers on the screen - it's just 2.6 inches and compromises not only the browsing experience but even the app experience and the default home screen. Like the Salsa, it features a dedicated Facebook key. It has the same processor as the Salsa, but a smaller battery. However, owing to the smaller screen size, the ChaCha also optimises its battery life to last longer without a charge.

The ChaCha is currently retailing at Rs. 14,499 on Flipkart.