Can I get back my library memberships, this time on my iPad?

June 14, 2011
I have been a fan of libraries all my life. Growing up, it was Easwari Library in Chennai, where I first got introduced to Enid Blyton, Agatha Christie, Alistair MacLean, Dorothy Sayers and a bunch of other authors. When I was in college in Pune, I was very proud of my British Council student membership. I found the best books of literary criticism, great magazines, and best of all, beautifully bound hardbacks for sale at cut-price rates.

When I went to work in Bengaluru, a colleague introduced me to Eloor Library. I credit Eloor with introducing me to a wealth of non-fiction writers such as Fritjof Capra and Douglas Hofstadter.

Then I came to Mumbai, and it was goodbye libraries, forever more. I did not have time, I did not have patience, I was glued to a computer screen and frankly, I ran out of excuses to avoid commuting to the British Council Library in Nariman Point. I don't know exactly why no flourishing libraries have come up in the city - maybe the retail economics does not permit, maybe we are too time-starved to read. In any case, for many years, my library has been my own bookshelf.

And this long burst of nostalgia was triggered when I read on TUAW that the British Council has created a 19th Century Historical Collection app for the iPad. To quote from the BCL Site;


"The app takes advantage of the form and function of iPad, bringing a renewed sense of wonder to the discovery and enjoyment of antiquarian and historical books.
Currently the app features over a thousand 19th Century books, but it will provide access to more than 60,000 titles by later this summer when details on pricing for the service will be announced. The 60,000 books, which are all in the public domain, are part of the British Library’s 19th Century Historical Collection and span numerous languages and subject areas including titles such as "Frankenstein" by Mary Shelley and "The Adventures of Oliver Twist" [with plates] by Charles Dickens."
Here are some screenshots from the app: 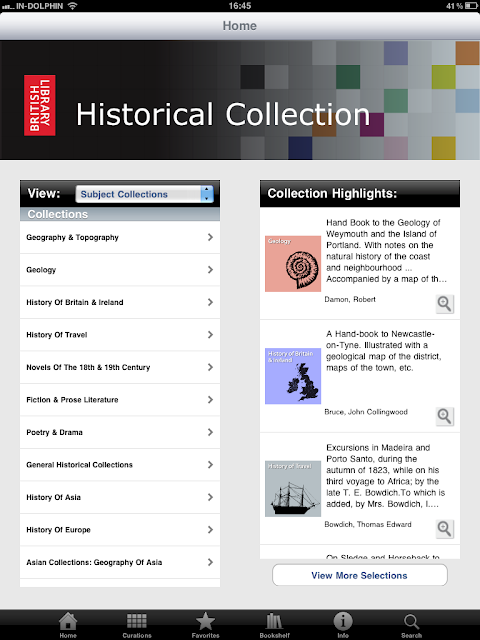 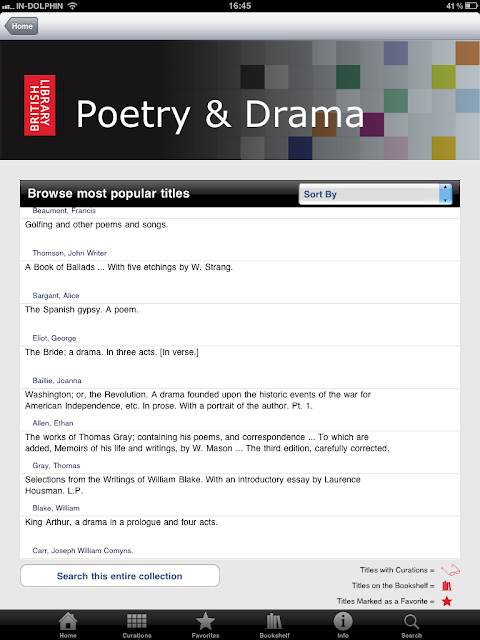 Later, the app will also be coming to Android and Kindle Reader.
And it would be fabulous if the libraries came online through iBooks, Kindle or any other platform and made their collections available to people across mobile devices. This is more than wishful thinking, I believe that it will be necessary to do this for libraries (and our reading habit) to thrive instead of just surviving. I spend more time reading online than I do with a real book. I am not a great purchaser of books. I am a speed reader, and since childhood, my mom figured that it made sense to let me borrow and read loads of books than to buy a few which I would finish in a matter of hours.
In short, I am an ideal candidate for a library. And I am sure that there are many others like me, who would love to access libraries rather than buy and keep books. If Easwari or Eloor  would digitise their connection (maybe using a proprietary protected format to prevent piracy), I would sign up for sure. Maybe I could borrow the book for 7 days for the same sum I pay to borrow the physical book and then it vanishes off my device! There are some wrinkles and legalities to be ironed out but I think in the long run, such a venture would benefit device manufacturers, libraries and publishers.
I could be commuting on a traffic clogged Mumbai road while browsing the Eloor bookshelves. And then I could hop across to Easwari and see if they have what I want....it's a tempting scenario and I hope it comes true!