Mobile Number Portability rolls out today, but will it change your life?

January 19, 2011
And about time too, given that it's been around in Haryana since end November. Vodafone took the full front page of Times of India in Mumbai today, to announce that it's MNP ready, nationwide. Airtel and other operators have also updated their websites to announce the launch of MNP. 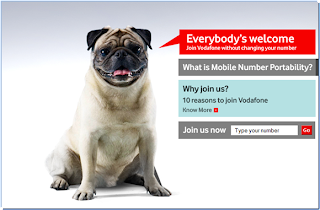 The key highlights of MNP are:

1. Both pre-paid and postpaid numbers can be ported. For postpaid numbers, you have to ensure that you do not owe any money to your existing operator. For pre-paid numbers, your credit/balance amount with your current operator cannot be carried forward.
2. You can only port a number within your current circle (obviously). However, you can shift from a CDMA to a GSM network.
3. The porting of a number takes 2 days and the maximum charge for transfer as fixed by TRAI is Rs.19. Vodafone is levying the fee currently, but operators also have  the freedom to waive the fee.
4. After porting your number there is a lock in period of 90 days  before you  can shift to a new provider.

What will be the impact of MNP? According to DNA, it could spur a war among telecom operators to acquire postpaid users, who represent an attractive proposition because of the high ARPU (average revenue per user) generated by these customers - while they constitute only 5% of users, they generate 20% of the telcos' revenues.

Another area of churn will be the CDMA customer base, with analysts predicting that Tata Tele and RComm will be most affected by users shifting to GSM networks.

If you're interested, WATBlog has an interesting analysis of the impact of MNP in Haryana, pointing out that the actual churn rate (shifting) was very low - unlikely to cross 1.5%. Of course, things could change in more competitive and larger markets like Mumbai and Delhi. Analysts are estimating a churn of between 5-8%  in the first year, which is likely to settle down over time.


For my part, I am unlikely to use MNP unless I get extremely low level of service from Airtel. But the dark horse is 3G. If someone were to woo me with a great 3G package, I could probably ditch Airtel. Yes, and join back later as well. :)

Would love to hear your views on MNP. Are you likely to shift, or stick?
MNP for CMDMA to GSM MNP in India