November 02, 2010
I have realised how my attention has gone off high-spec laptops - not surprisingly perhaps, given that all the excitement in 2010 has been around phones and tablets! The world of laptops has not seen so much change (except for the MacBook Air refresh). But the second half of the year has seen some reasonably priced ultraportables with decent specs, across manufacturers. We are talking sub $1000 (Less than Rs.45,000) though one has to see how that will translate in India after all applicable taxes.

Do note that all the laptops featured here come with iCore processor, 500 GB HDD, 4 GB RAM and NVidia GPU, and a 13" or 14" screen. The specs are amply sufficient for a business user, art director, casual gamer or movie watcher.

The most exciting machine featured here, the 11.6 inch Acer Aspire uses ULV iCore processors. You can get an iCore 7 CPU at $900, and specs include 500 GB HDD, 4 GB RAM and 11.6 inch LED HD backlit display, all weighing in at 3 pounds (1.5 kg). On paper, the specs look like a dream and I would love to play with this baby!

Do note that the ULV core i7 processor will sacrifice some power for extending battery life. Also the 11.6" version has on-board graphics only - if you want discrete graphics, ATI Radeon is available on the larger screened models. Additionally, it lacks an optical drive. So a gamer would not find this a suitable machine. It is however a fantastic choice for a business user like me, who can get an ultra-light portable with top-end specs at nearly 50% less than competing brands like Sony and Lenovo.

Needless to say, I am waiting for this one to hit the Indian market! No word as yet on pricing in India, but so far Acer has been very competitive, so I would not expect this to be more than Rs. 50,000. 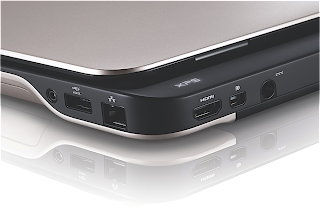 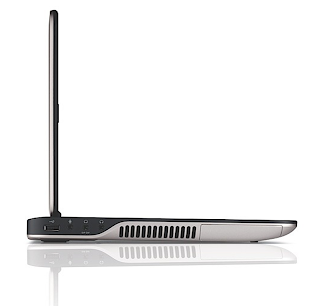 Dell has refreshed their popular XPS range this month. Starting at $899 for the base 14" iCore 5 configuration, with a skype certified inbuilt HD videocam for chat, JBL on-board speakers, 4 GB RAM 500GB hard drive @ 7200 RPM and NVidia graphics with Optimus technology that automatically optimises battery life. Of course you can bump up the specs, but the basic package is fine for most users. What weighs against the XPS, is literally the weight - at 2.5 kg (5.35 lbs) starting weight, it's not a true ultraportable. And believe me, the extra weight will get to you over time. To be honest one more grouse I have against it is the block-like looks. My XPS M1330 is built like a beautiful racing car. Dunno why Dell could not put some more imagination into the new design!

The new  XPS range is already selling on Dells' US site but is not yet listed on the India site. Keeping in mind prior pricing of Dell XPS in India, I would expect this to be around the Rs. 60,000 mark.

Praised in this PC Mag review and described as 'one of the few 13-inch laptops that run on a standard volt Intel Core processor while keeping your bank account out of the red', this machine is at first glance both heavier and lesser powered than the Acer Timeline. But it compensates with an NVidia GEForce 310M Graphics Card and Optimus onboard allowing the laptop to automatically switch seamlessly between the onboard graphics and discrete GPU as required. With the graphics card, Core i3 processor and 500 GB of hard drive, not to mention the slightly larger screen, this is a more suitable portable machine for a gamer or photoshop user. It weighs in at just over 2.5 kg (4.6 pounds), so it barely qualifies as an ultraportable. And it costs only $900. The icing on the cake is that it has a beautiful aluminium finish, and a battery which lasts 8 hours if you don't use the GPU.

I cannot find this listed on the Asus India site, but I imagine that it should come in between Rs.50-55,000. At this price, it is still a fantastic deal for an ultraportable.
Acer Aspire Timeline X ASUS U30Jc-A1 budget ultraportables Dell XPS laptops ultraportables