November 05, 2010
We have been told often enough on various phone review sites that the success or failure of Samsung's Wave series hinges on the way bada shapes up as an operating system. Which of course, boils down to what kind of Apps are available. With the Apple Store offering more than 300,000 in October 2010 according to this source and Android marketplace recently crossing its 100,000th app, Samsung has a lot of catching up to do.

Since as long as I can remember I have been a fan of Korean hardware. Across iRiver, Cowon and now Samsung, I have enjoyed the benefit of fantastically built hardware, coupled with wobbly firmware, non-existent manuals/ instructions and helpful user forums that help you figure everything out. Cruising the bada store was a similar experience, frustrating, yet unexpectedly funny and rewarding, once in a while.

In the Samsung App Store interface, apps are classified as Hot, New and under various categories and at first glance it seems that there are less than 1000, six months after the launch of bada (not good news). However, all apps continue to be free, not paid. In this respect, the bada store may ultimately shape up to be like the Android marketplace, with a majority of free rather than paid apps. 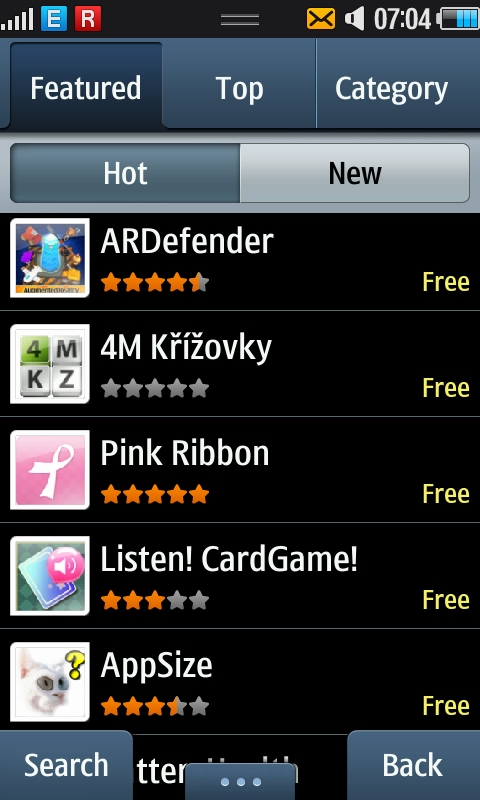 The apps are classified under 11 categories - entertainment, e-books, games, health/life, music and video, news,  navigation, productivity, reference, social networking, themes and utilities. These categories are not necessarily exclusive - for instance, I found a theme called Cool Blue under both entertainment and themes section. Games (156 items)  and entertainment (134 items) are expectedly the largest sections. 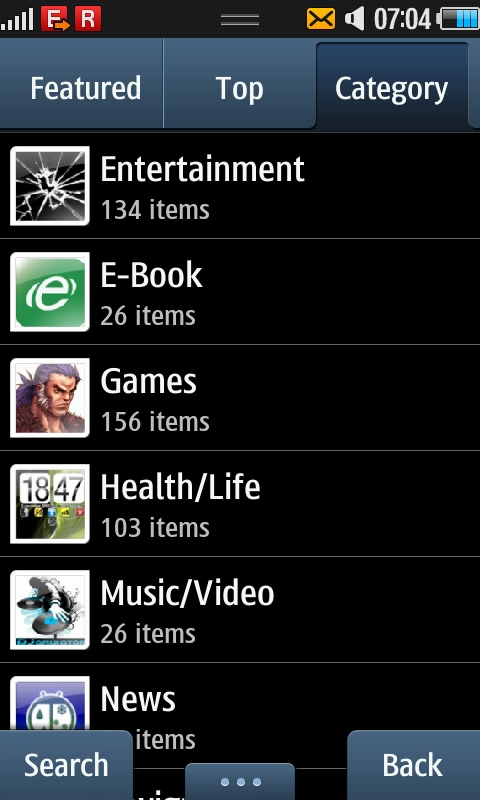 I may be wrong, but as of now, it seems that there are many apps specifically geared to Russia, Turkey and France.  This could reflect the presence of more developers from these countries. But if bada is to ''democratize the smartphone platform" as per their claim, they have to specifically target the vast BRIIC markets especially China and India. We should accordingly see a lot more India specific content there than we do now.

There was nothing much I could find specific to Indian users, except a 'one touch hindi' e-book for learning the alphabet. 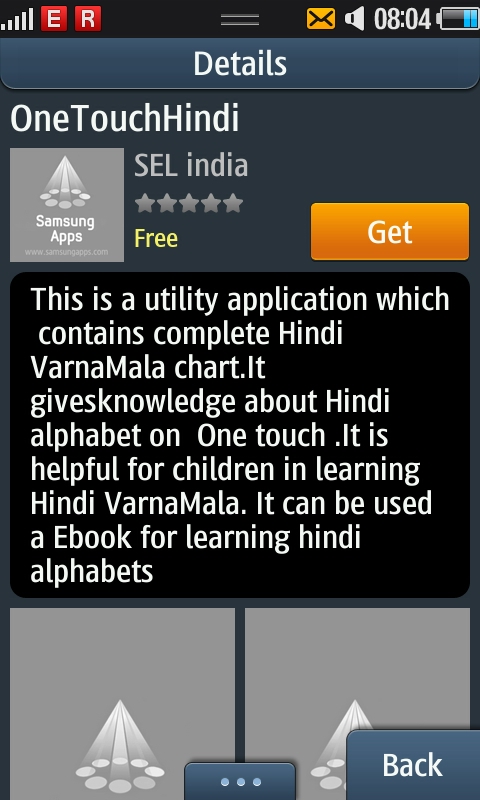 The ebooks section with just 26 titles, is pretty sparse, but gave me a pleasant surprise, including Jane Austen's Pride and Prejudice, The adventures of Tom Sawyer and Alice in Wonderland. With a couple of classics like that, I would be kept well amused for a long time. Google Books it's not, but it does not take a lot to make me happy. Besides I have perfect vision without specs and I have no wish to change the status quo by reading too much on a 3 inch screen. 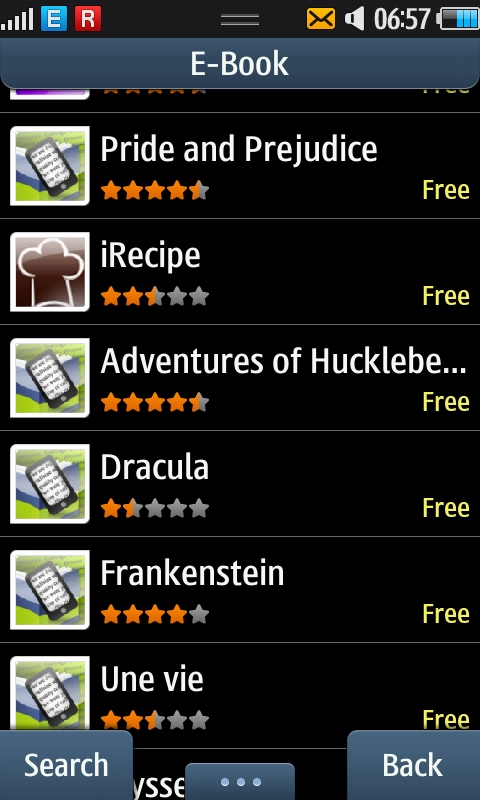 While I was surfing the app store, there were some genuinely funny moments. This game is called 'Mental', intriguingly features a picture of Albert Einstein and purports to be about calculus but turns out to offer basic sums; 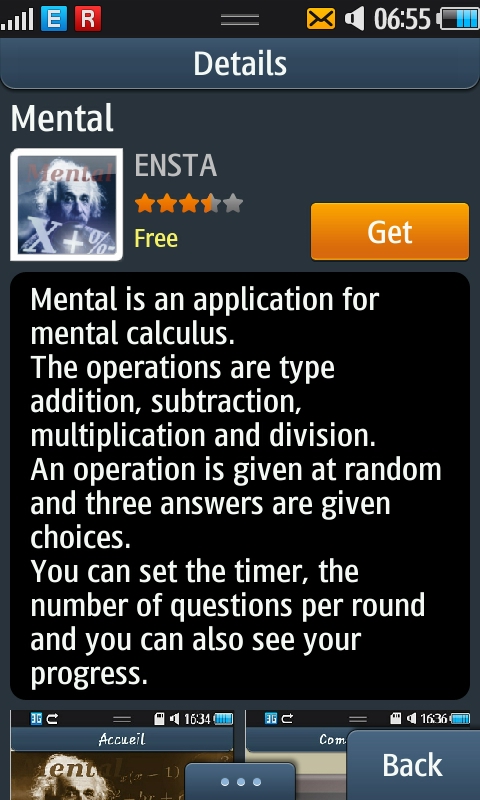 This game is called Find  Lion and has a rather entertaining description which you can read below; 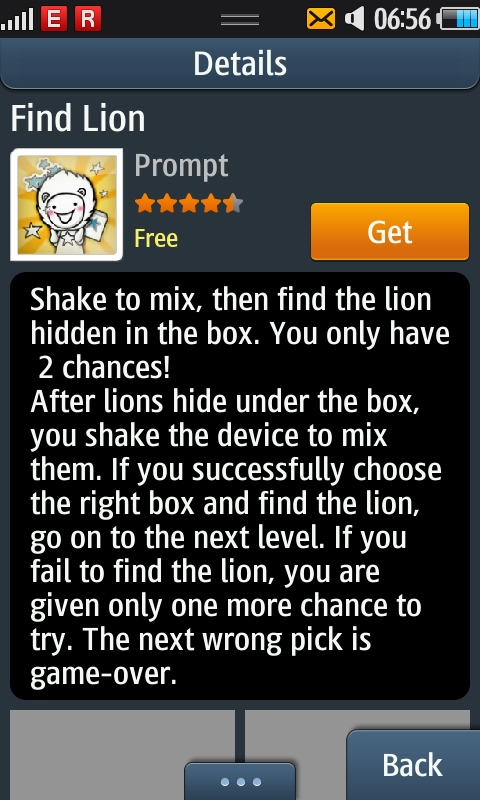 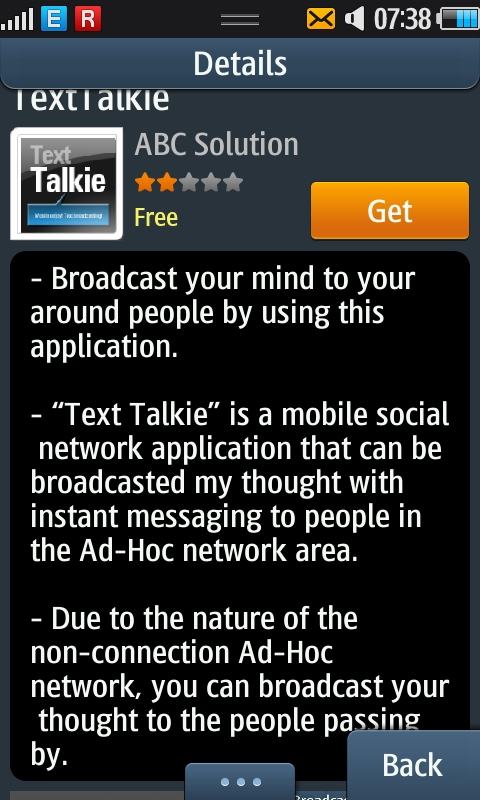 Some of the apps and widgets which I have downloaded and like using are
1) The AP Mobile and XE.com widget which give me updated news/ forex dollar rate on my home screen
2) Musical Instruments (Piano and Water Xylophone) which are a nice timepass when I am bored.
3) Compass App which is pretty accurate
4) A new SNS app which puts three shortcuts of Facebook, Twitter and Yahoo! on my homescreen. Anyone who has struggled with bada's mysterious stubborn refusal to accept more than 3 widgets per homescreen would find the screenshot below to be a sight for sore eyes (that's right, there's 5 different things I can do from my homescreen. Wow!) 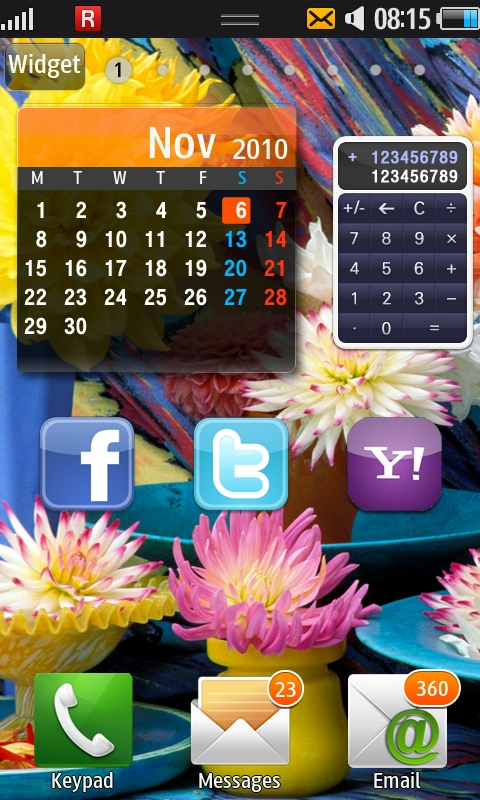 My modest short-term wishlist would be:
1) An RSS widget/ reader
2) A linkedin widget
3) A music store, with Hindi and regional language titles
4) Better integration with the Google world of chat/ mail/ calendar etc.

Bada is no android and may never be. But what I would look at is how it shapes up next to Symbian. Nokia's Symbian 3 may soon make its way down the smartphone food chain and Symbian has some seriously good apps. I would like to see Samsung pull up their socks and offer some seriously good stuff through their app store. Otherwise, bada will remain a promise unfulfilled and seriously, the Samsung Wave is a piece of hardware that could do so much, given half a chance.
bada app store. samsung bada OS Review